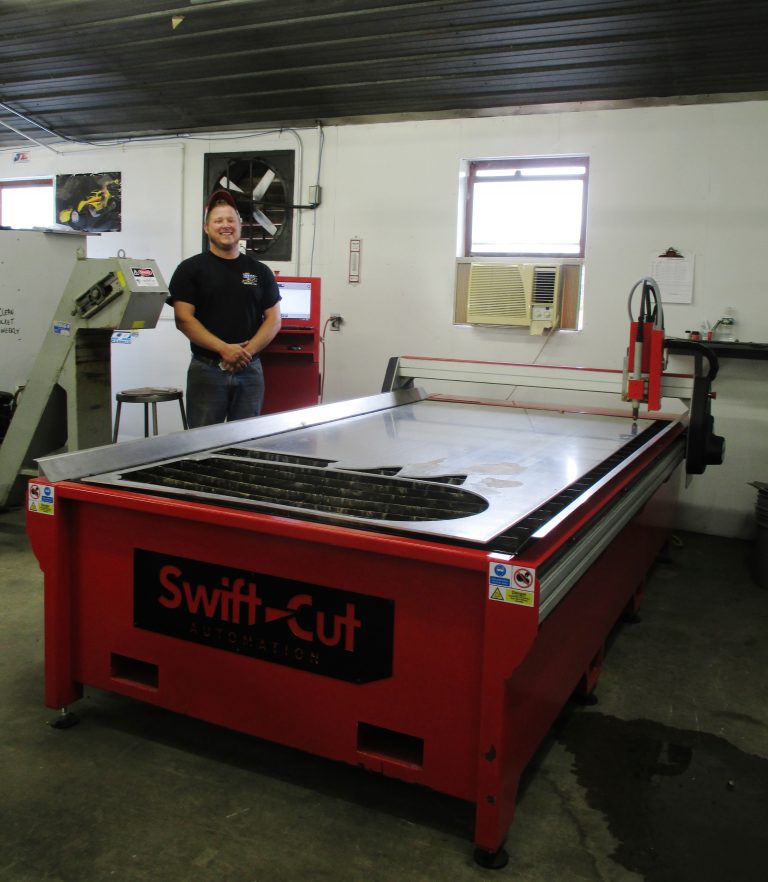 Since 1968 – Sassy Engines Inc. has been the leading manufacturers of custom engines for hemi tractor-pulling and drag racing vehicles.  Having won over 40 NTPA pro-pulling championships titles, they really are at the top of their game in the business.

Sassy Engines Inc. purchased their Swift-Cut Pro Plasma 48 table in early 2017, having reached the stage where their old systems were noticeably slowing them down.  Prior to the arrival of the Swift-Cut machine, Sassy Engines were programming and cutting components by hand.  They would draw parts on a piece of wood or cardboard and then transfer this to the aluminum to be cut.  A 36” x 44” 3/8” thick aluminum engine plate for instance, would take 12-14 hours by hand to draw, cut and then mill.  With the Swift-Cut table, that same part now only takes four hours maximum.  The plasma cutting stage only taking twenty minutes before going off to the mill for finish cutting.  A huge improvement in quality and turnaround time that has had a staggering effect on the entire process of engine building.

Operator Joe Bosworth was blown away by the easy installation and training.  Having had zero experience with plasma cutting there was a slight sense of trepidation going into this new way of working but all the worry was short-lived.  Within a week Joe was running the entire system and within a month, designing everything himself on the Swift-Cut PC based controller.

It’s safe to say that Sassy Engines Inc. are thrilled with their Swift-Cut Pro Plasma 48 – it has taken an already brilliant team of craftsmen into new and improved territory, sped up their output, refined their product and secured their position as the pre-eminent builders of custom engines.