Swift-Cut and Heidenbluth Schweißtechnik GmbH have been working together successfully since 2013. As the exclusive distribution partner in Germany, Heidenbluth sells the Swift-Cut products nationwide in both locations in Hesse and Thuringia. Heidenbluth, which has been on the market for over 40 years and specializes in the trade in welding and cutting technology, is proud of the successful cooperation with Swift-Cut Germany. With well-rehearsed sales and competent application engineers, Heidenbluth has a team which is excellently suited as a distribution partner for Swift-Cut Germany. Managing Director Armin Heidenbluth is convinced of the Swift-Cut products and sees good opportunities for the future: “No question, CNC plasma cutting systems are often expensive and difficult to control. But the Swift-Cut offers an easy-to-use system, with excellent cut quality and at an absolute top price. ” Heidenbluth employee Stanislaw Wagner, an application engineer, is also more than satisfied: “The operation of the Swift-Cut CNC plasma cutting machine is really simple and intuitive. The communication between the Swift-Cut software and the Hypertherm plasma cutting source is also a one-stop solution that has already convinced many of our customers. ” The Swift-Cut products are a first-class solution, especially for the metalworking industry, metal construction and metalworking. In his own application center, which is one of the largest of its kind in Germany, Armin Heidenbluth invites customers to convince themselves of the cutting quality of the Swift Cut: “One thing is to promise the customer great things, but once they are here And seeing what the facility is capable of doing, most customers are impressed that there is so much power for so little money. ” From planning and delivery, to assembly and training Heidenbluth delivers first-class work. For Swift-Cut, the fast reaction times, the broad distribution network and the customer proximity of Heidenbluth Goldwert. Paired with the application center, which has more than twenty semi-automatic and fully automated systems and the competent team, Heidenbluth is the ideal partner for welding and cutting technology in Germany. Further information: www.heidenbluth.com 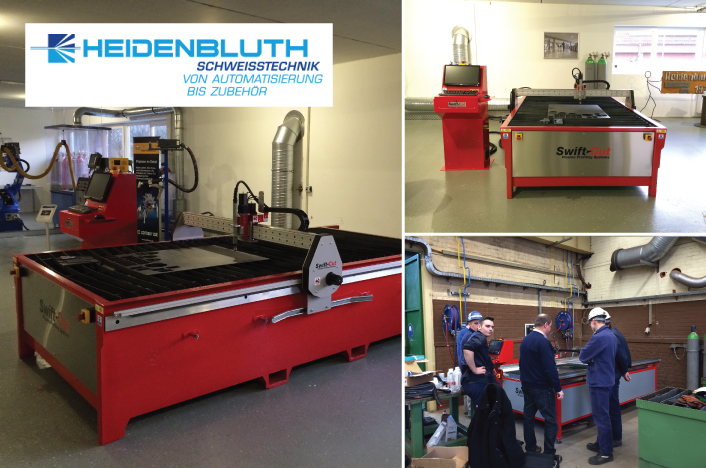