Manufacturing bespoke joints, framework and boxes for multi story buildings, Deck Joints business IS metal. It’s no wonder then, that they now have two Swift-Cut plasma cutting machines and are currently looking towards purchasing a third.

But we jump ahead. Deck Joint purchased their first table, the 2500 water table Mark 1 in 2011. Three years later they procured their second, the Swift-Cut 2500 Downdraft Table Mark 3.

Before this, Deck Joint were using a sub-contracted company for all their metal work, often having to wait a fortnight or more, for a job to be completed. By acquiring their own table and keeping work entirely ‘in-house’, they now save themselves weeks of waiting time. Meaning their productivity has maximised to its full potential.

And not only has productivity increased but Deck Joint is certain both tables have paid for themselves, the table that they bought in 2011 particularly, as within 6 months it had proved it was well worth the investment.

Due to purchasing from Swift-Cut more than once, Deck Joint have the advantage of comparing the experiences three years on. Whilst they insist the service has always been good, they do believe it has got better over the years due to the amount of engineers Swift-Cut now have and the availability if and when help is needed.

Kyle Krzowski, Deck Joint’s managing director, says the installation and training was straightforward and faultless, every Deck Joint employee is confident with how to use the tables and new staff are trained as standard when they join.

Looking to the future, Kyle is confident that the purchase of a new plasma cutting machine will not be too far off; replacing the Mark 1 with newer Swift-Cut technology. A positive step into the future for Deck Joint and affirmation that Swift-Cut continue to get it right, time and time again.

Back in 2011, when Swift-Cut was very much in its early stages, Deck Joint – a local company specialising in bespoke joints, framework and boxes for multi storey buildings secured a £10k grant to purchase their first CNC plasma cutting table.  It was a decision that paid off.  Deck Joint went on to purchase four tables from us in almost as many years and this month, they celebrate an incredible £1.05 million turnover.

He went on to say, “the plasma cutter is not the only plant we have invested in, but it is the one investment which has contributed the most to our expansion”.

We couldn’t be happier for Deck Joint, their success story and our part in it is something for us all to be proud of and we’ll be ready with machine number five when they are. 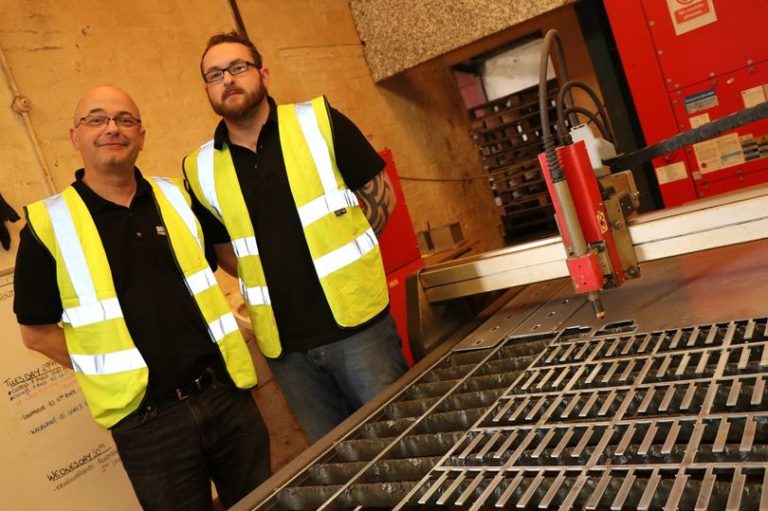