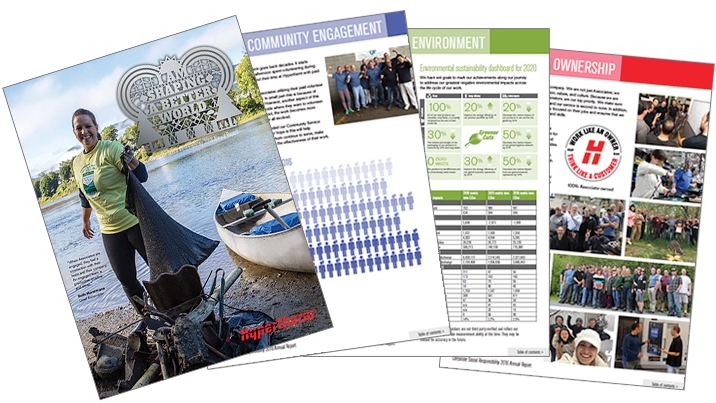 Hypertherm has recently published its 2016 Corporate Social Responsibility report and it makes for impressive reading.  Hypertherm has been Swift-Cut’s sole suppliers of cutting systems 2011 and it’s a brand that Swift-Cut is proud to be associated with.  For our Swift-Cut customers who ever wondered why we choose Hypertherm, wonder no more.

What exactly are they doing?

Well, a number of things actually.  Hypertherm state on the report that their ‘core values include providing for the well-being of our associates, communities and the environment’ and they show this in a variety of innovative ways.  Every associate at Hypertherm is encouraged to take up to 32 hours paid per year to volunteer when and where they choose.  The thinking behind it, from the company’s perspective is that these associates will return to work re-invigored by their experience, with a sense of pride in themselves and the brand.

Not only that but their HOPE (Hypertherm Owners Philanthropic Endeavours) Foundation supported 130 not for profit organisations in 2016.  It backs organisations in five main areas: health and wellness, education, food and shelter, STEM and the environment.  Its main aim is to engage in activities that support positive change in the communities where Hypertherm associates live and work.

In 2016, Hypertherm changed their brand platform to ‘Shaping Possibility’.  A bold and brave move away from ‘Cut with Confidence’ which was very much product focused.  Hypertherm’s decision to rebrand was very much to do with their aspiration to be known as a company intent on improving the environment around them.  ‘Shaping Possibility’ is two-fold – it says that yes, the quality of their product is still helping businesses achieve their goals but it also says that Hypertherm is shaping the future with better jobs, communities and a more sustainable environment.

This was achieved in a number of ways but perhaps the most impressive was their decision to find markets for material that previously went to landfill.  In some cases, products they once paid to dispose of now bring in significant revenue.  From waste to income – its recycling with integrity and a fruitful end.

Swift-Cut and Hypertherm, sitting in a tree…

You can view all of Hypertherm’s corporate social responsibility reports here.