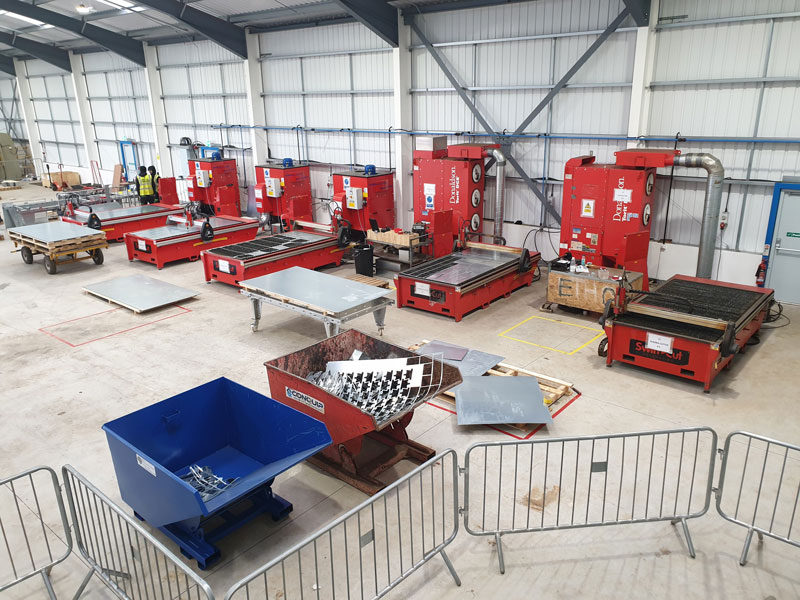 Deck Joint’s evolution is a brilliant example of the growth a company can expect by bringing productivity in-house.  Prior to owning their first Swift-Cut machine, they were outsourcing to a sub-contractor.  Sometimes waiting up to two weeks for work to be returned was seriously holding them back, but the arrival of their first Swift-Cut machine sparked a change in their efficiency and output.  Work completed fully on site and no lead times led to a massive spike in productivity and unprecedented business growth.

They now own five Swift-Cut CNC plasma cutting machines – each one with zoned down draft extraction and all in use eight hours a day, five days a week.  Using the Swift Cam 3 software on a central desktop to nest and send files to all five machines means production time has been cut down by at least a third. 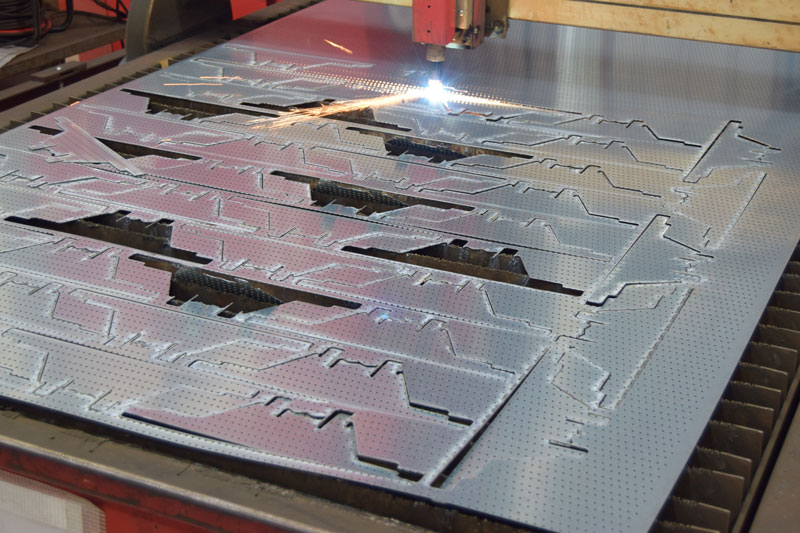 Not only is there an increase in their throughput, but the machines have enabled Deck Joint to test prototypes and produce new customer designs for start to end user approval.  Having these offerings and efficiencies has contributed hugely to the incredible growth Deck Joint has experienced.

Swift-Cut can take great pride in Deck Joint’s success, whilst it is down to their innovative products and their vision; the addition of high quality in-house CNC plasma cutting capability has clearly facilitated substantial growth and expansion.  To welcome them back time and time again when they have needed another machine speaks volumes about Swift-Cuts product and service and we 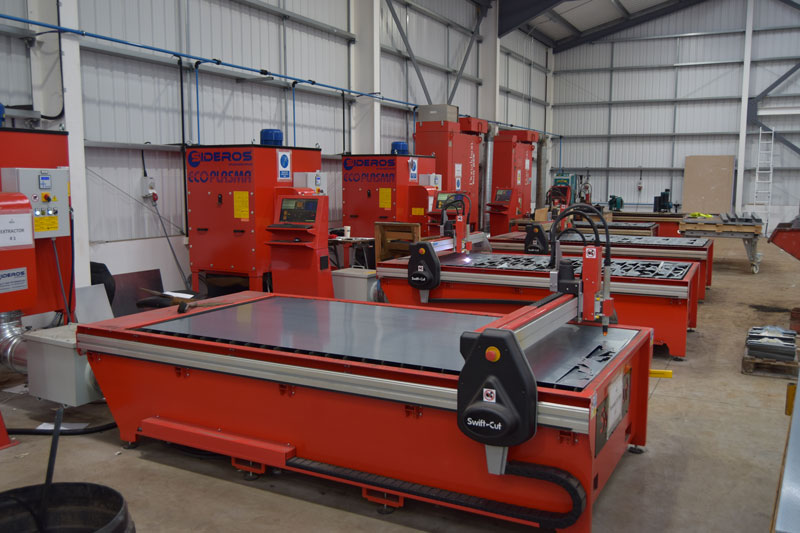