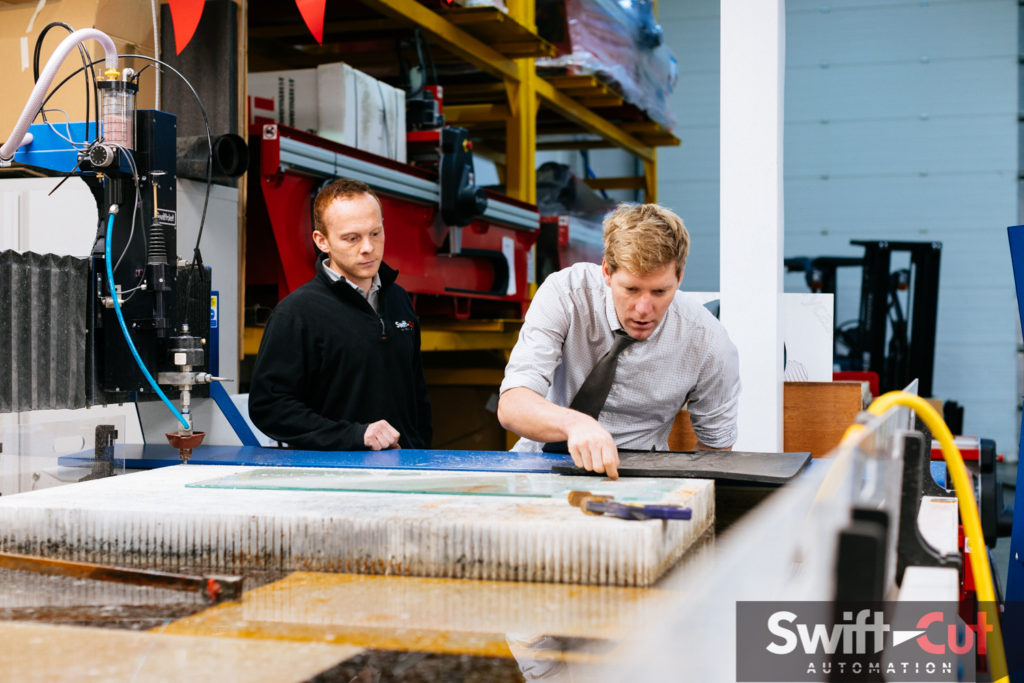 With over 7.8 million subscribers to his YouTube channel, a background in TV and a cult favourite – Colin Furze is the Inventor for the 21st Century. Renowned for inventions that even the most imaginative of people wouldn’t envisage – his repertoire includes the world’s fastest mobility scooter, a spinning belt of knives and a bike with wheels made of solid ice.

His YouTube videos have reached an audience of more than 824 million and inspired children to go to school dressed up as him for world book days. He is doing for STEM perhaps what David Attenborough did for plastic pollution – raising awareness on a subject that has always been present but has been largely overlooked.

His workshop houses an arsenal of tools, equipment and scribbled designs on bits of old ply, but it’s his newest addition that is the jewel in his crown. Citing it as ‘life-changing’ on his website, The Swifty has been an exciting and innovative addition to his collection. What blew him away was just how easy The Swifty was to set up and run – he wasn’t expecting to be creating within hours of receiving it. The machine’s capabilities are extraordinary and he has been impressed with just how much he can do.

When Swift-Cut asked Colin how he was getting on with his machine, his exact words were:

It’s no understatement to say that he’s thrilled. Prior to The Swifty, he either struggled with an angle grinder or he simply couldn’t create his designs. Being held back by substandard equipment was stifling, such creativity and imagination needed a machine that could translate it and bring it all to life.

Asked where he gets his ideas from, Colin laughed,

“Sometimes they’re born in my brain, sometimes from films, YouTube subscriber comments…the world around me really…”

It’s not hard to see why he has so many followers on social media. When haven’t you wanted to watch someone let off hundreds of thousands of fireworks at once, just because?  His irreverent, almost skewed imagination has created some of the wackiest inventions ever seen. But more than that, they work – they showcase an exceptional engineering brain and skillset that is years in the making.

He now uses The Swifty for pretty much every project. He’ll often start an invention without intending to use it and then realise that utilising The Swifty could make it better, or easier, or add an extra element to his invention that he hadn’t previously planned for.

Fitting nicely into his workshop, The Swifty’s portability and footprint were two big reasons Colin chose Swift-Cut.  And as much as he would also love to add a Swift-Cut Pro machine to his collection, one gets the feeling that the ingenious and gutsy Furze and the small but feisty Swifty are actually a match made in heaven. 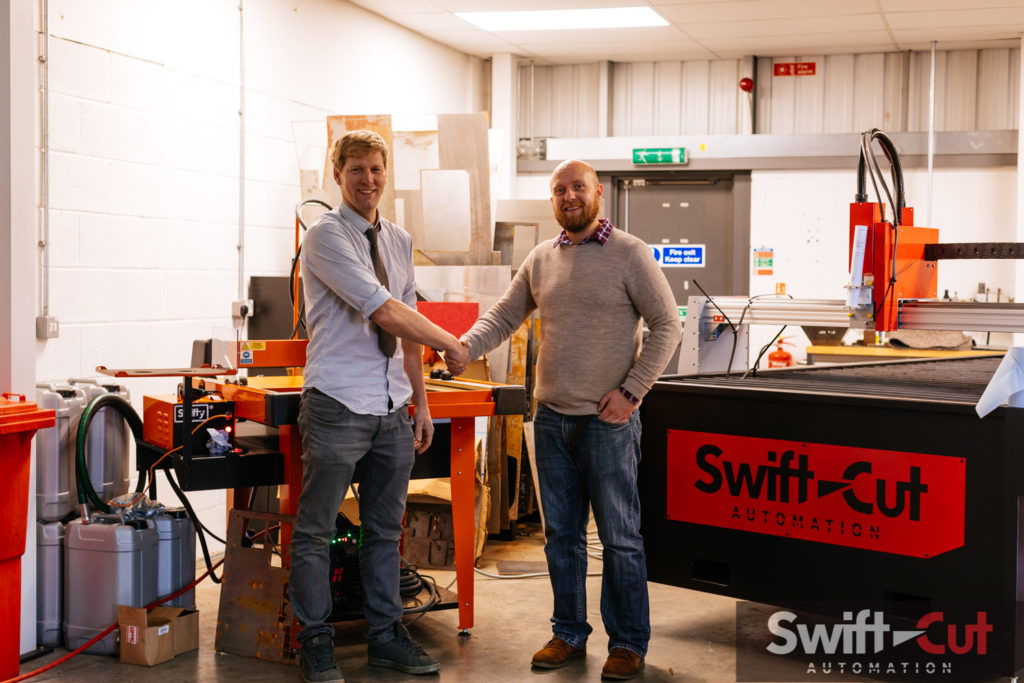 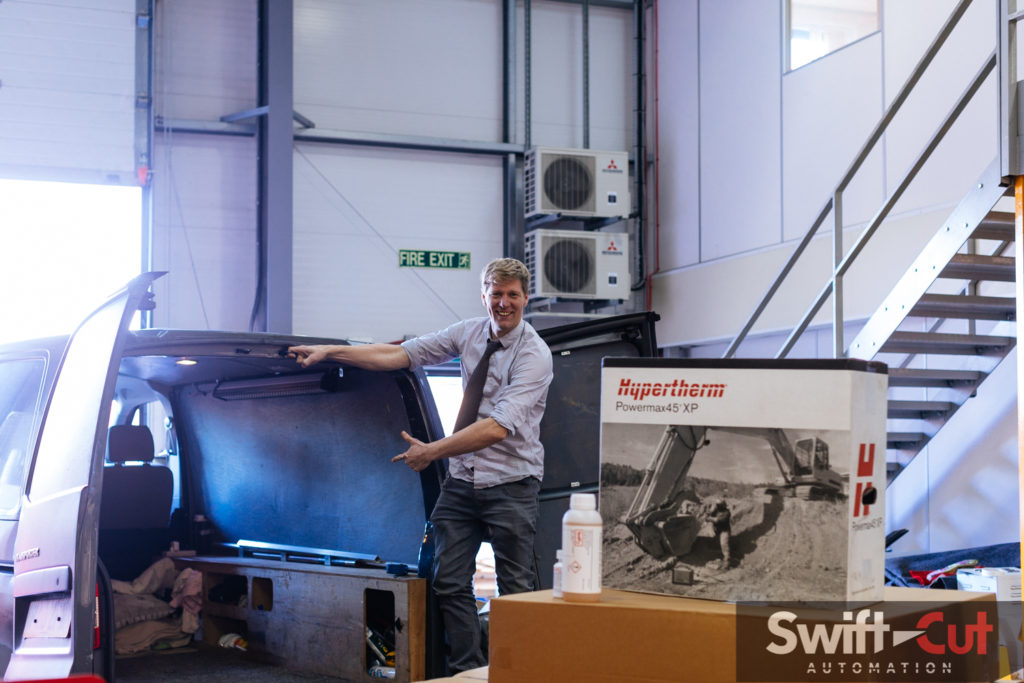