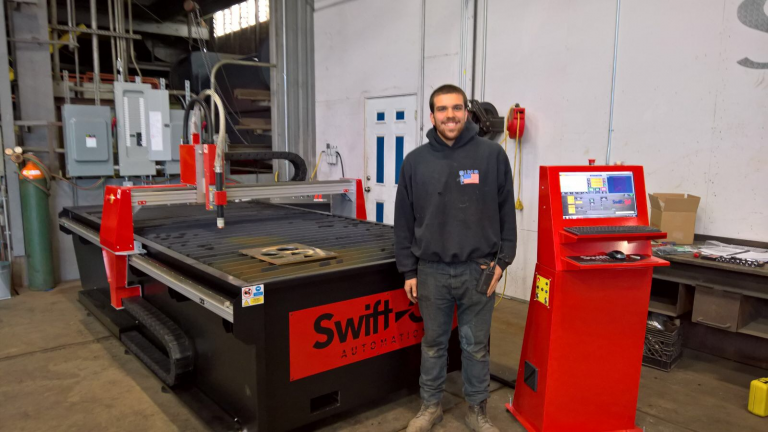 Sims Steel are a big deal in the metal cutting industry, with over two thousand tons of metal in their inventory at any one time, they aim to cut any metal, to any spec in super quick time.  Their number one goal is customer satisfaction, making sure they can react quickly and get the metal cut and sent as rapidly as possible.

Some time ago they were struggling to uphold this promise due to the amount of downtime and poor performance they were experiencing with their old plasma cutting table.  The plasma cut is crucial to the operation of almost all their work as it’s nearly always the first stage in the fabrication process.  With their table not performing, work was stacking up and production was severely compromised.

Owner Bill Sims knew he needed to replace his CNC plasma cutting table and so began researching various manufacturers.  Impressed with the build of the Swift-Cut table, as well as the quality of the cut, Bill was pretty sure he could tell that the Swift-Cut PRO 510 XP would be durable enough to withstand almost constant use.

He wasn’t wrong, operator Donald said that the Swift-Cut table was ‘very easy to use with an excellent cut quality and a huge improvement in reliability’.

Donald says that the table runs without problems all day every day, cutting heavy plate with a thickness of 1-1.4in with an impressive accuracy and precision.  Bill’s thrilled with the Swift-Cut table, it’s meant their number one goal for complete customer satisfaction is back on track and they’re busier than ever. 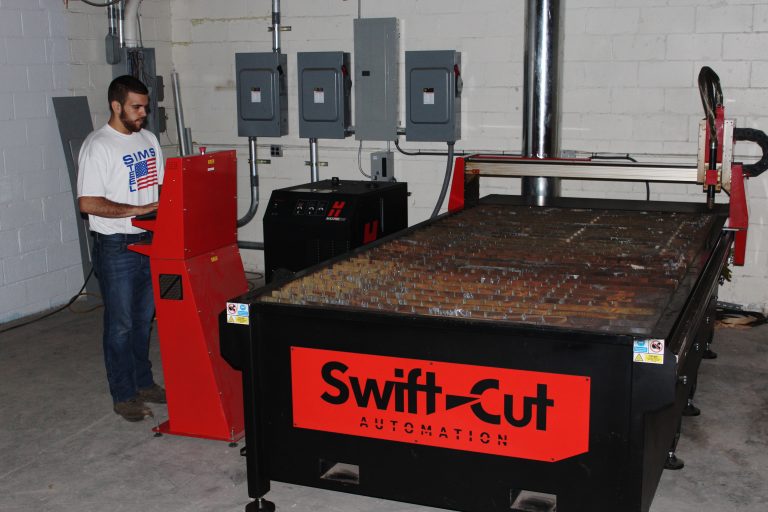