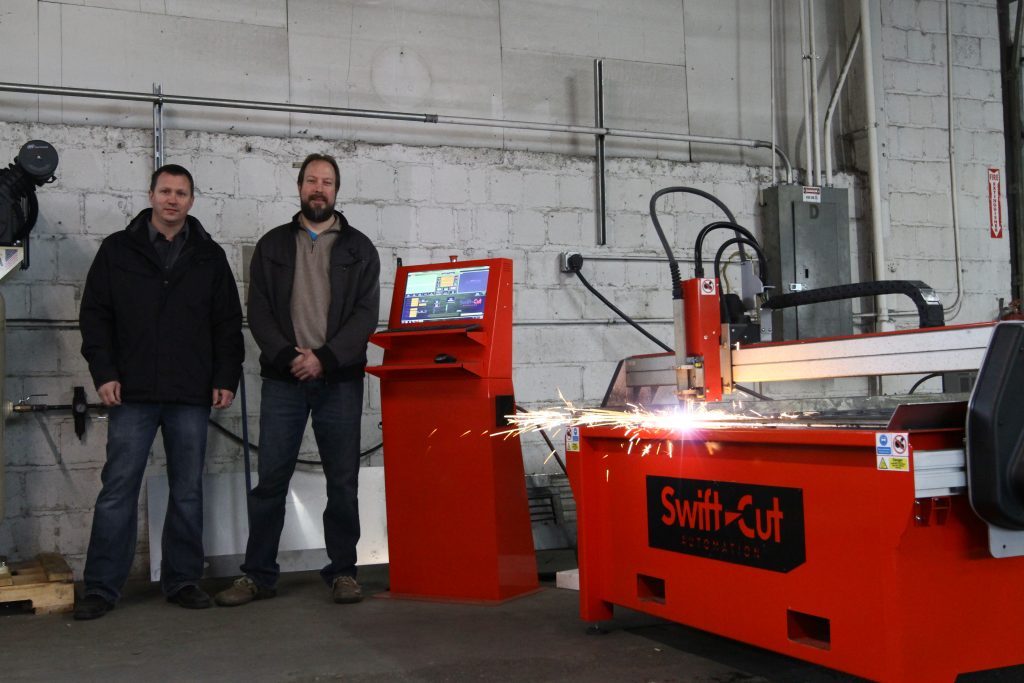 Three years ago, when Chad Webb of Full Metal Solutions was contemplating buying his own plasma cutter, he was looking upwards of $150k to get a machine that was capable of the quality he needed.

Fast forward to 2017 and after a good third quarter last year, he decided it was time to start looking again.  This time, he happened to be chatting with his contact at Welding Supply Co in Louisville, Kentucky about wanting a plasma cutting table and in no uncertain terms, he was told that Swift-Cut would be the start and end of his search!

Full Metal Solutions do a lot of small part work, brackets and joints etc. and the turnaround time for outsourcing could be anywhere from 3-5 days up to a few weeks, depending on how busy the outsourcers were.  Having in-house capabilities has changed everything for Chad.  Not only on the time saving front but on the quality of the cut.  He believes the parts he cuts himself using the Swift-Cut PRO 510 are of a higher standard than those he was receiving from his outsources.  So not only is he saving time and money but the work is of a higher standard. 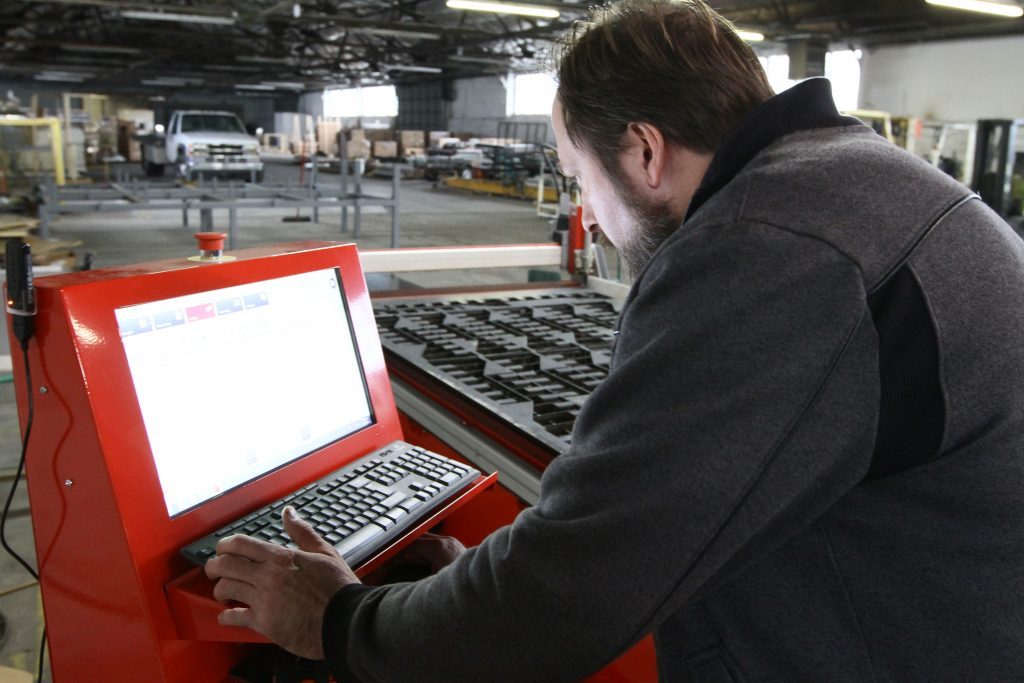 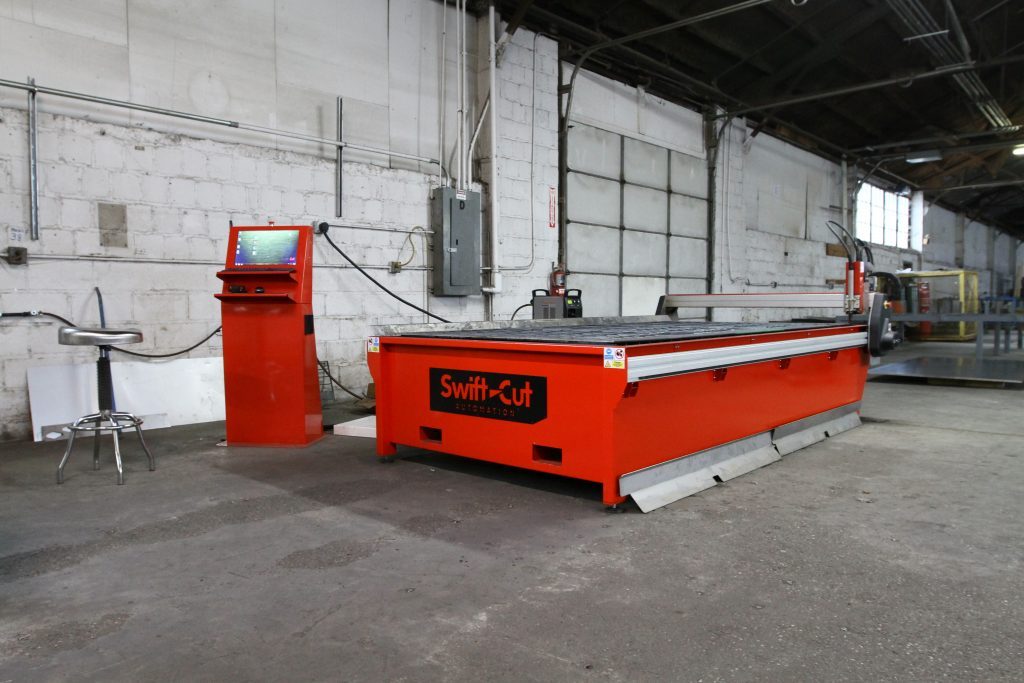 He was impressed with the installation and aftercare too. Not only did Welder Supply Co deliver but an engineer from the UK came out too.  With two experts on hand, all his questions were answered and Chad was all set for getting straight to work.

One of the advantages of the Swift-Cut table is its innovative safety feature.  The ‘tip saver’ software means that if the machine is used continuously and the electrodes get too worn, it doesn’t simply over heat and blow up as other machines are likely to, but it cuts out.  It cuts out and turns itself off, meaning a quick change of nozzle and he’s back up and running rather than waiting for a call out repair.  Chad said that Swift-Cut have really thought about the operator as well as the machine and he thinks Swift-Cut technology is some of the smartest he’s ever come across.

When you speak to Chad about his investment, he’s quick to say that it’ll be paid off by the end of this month, that’s just six weeks after he bought it.  He’s now looking forward to seeing the Swift-Cut engineer back in the next few weeks to install the SwiftCam 3 software with the auto-nesting, and with the amount of small parts they make this is just going to be a phenomenal addition.

When it comes to quality, of the product and of the output, Chad can’t speak highly enough of it.  He thinks that the fact they teamed up with Hypertherm, another superior brand, speaks for itself.

Let’s leave the final word to Chad. ‘Very few companies are who they say they are, but Swift-Cut promised a quality product and then backed it up’.