Back in 2014, Swift-Cut took on two young college students from Burton and South Derbyshire College as part of an apprenticeship scheme.  Studying on a two year course in electro-mechanical engineering (NVQ Level 2),  Mason and Jordan spent four days a week at our headquarters in Burton on Trent, with hands on learning under the watchful eye of Production Manager, John Davies.

Five years later, we’re pleased to report that both Mason and Jordan are still employed by Swift-Cut, both having decided to take up a full-time role upon graduation. Not only have they stayed with us, but they have both risen through the ranks.

Mason built the gantries for the Pro machine range as an apprentice – he is now the main technician for the Swift-Jet production line, responsible for the Swift-Jet build, overseeing all the stages of production including the final packaging and dispatch.  He occasionally attends call outs, although these are a rarity, and his innovative approach to improvements is often recognised by his managers.

Jordan’s apprenticeship saw him working on the Pro range machine bases, he is now the main technician for the XP line, responsible for every aspect of the build of the XP machine.  He has yet to go on site, there have been no instances where we have had to attend to faults with the XP; but he is so fully competent on the machine that he could if the need arose.

It’s been a pleasure watching two students become fully fledged and valued employees; the apprenticeship scheme was not only a huge success for them but has rewarded Swift-Cut with two brilliant young service technicians. 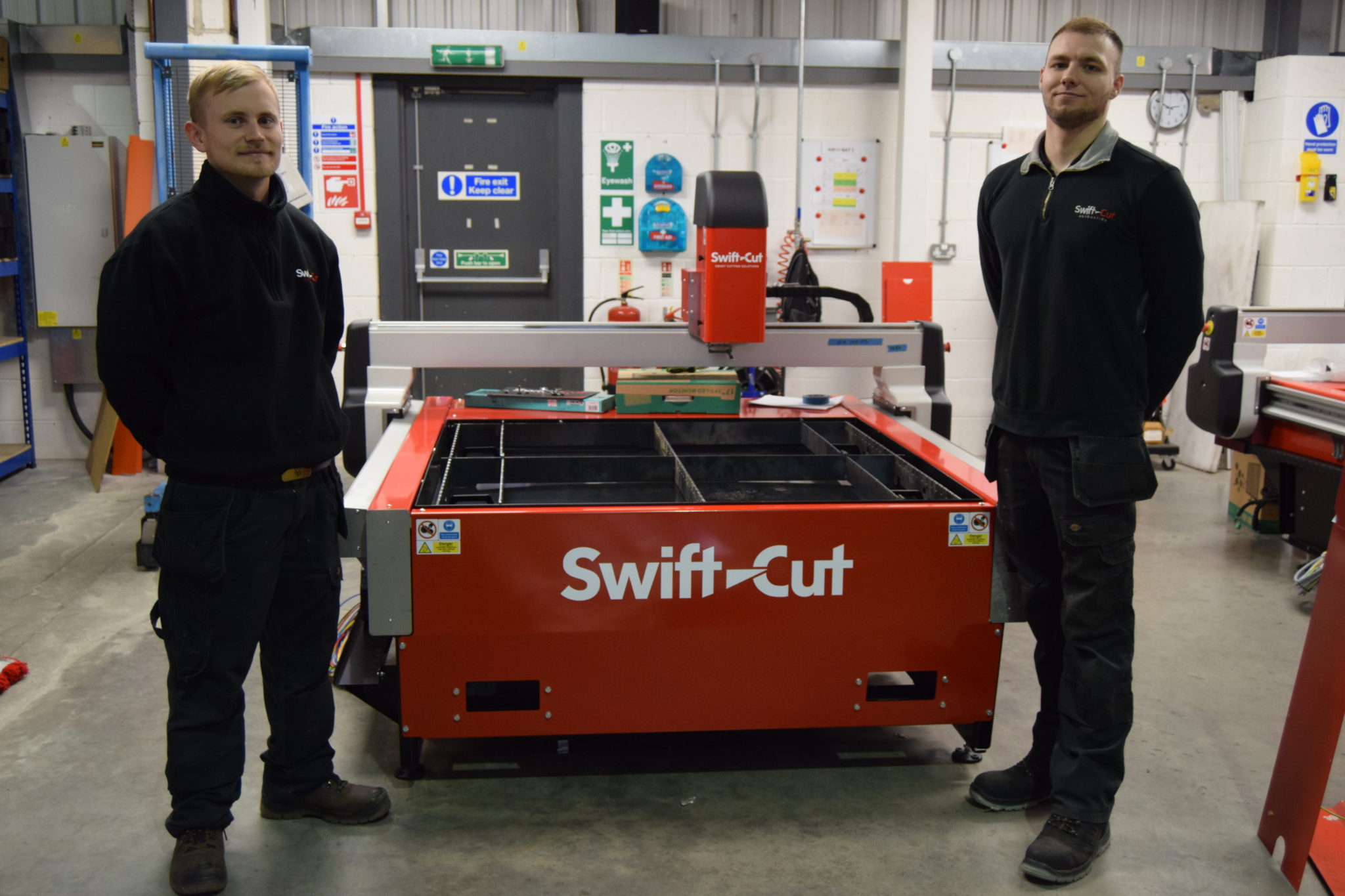